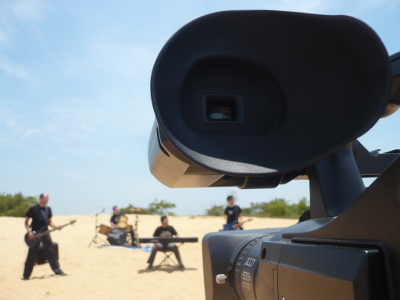 Many of the best UK film locations take place in what most residents refer to as stately homes. These homes provide the setting for some of the most successful feature films of the modern era. Specifically, the stately homes in Britain contain ideal architectural aspects which jump off of the screen for viewing audiences. A prime example is how Grantham House, which is located in London, is a prime choice for the hit Downton Abbey. The same can be said for many other stately homes which add an incredible amount of style and sophistication to any film.

Chatsworth House is widely considered to be one of Britain’s best filming locations. This is mostly due to the fact that it is located along the incredibly scenic Derbyshire countryside. The location features over 1,000 acres of pristine parkland. Some people even believe that Jane Austen’s Pemberley House was based on Chatsworth. Pemberley House was the central location for Pride and Prejudice. Interestingly, Chatsworth House did serve as Pemberley House for the film adaptation of the book. The Duchess, which starred Kiera Knightley, was also shot within the beautiful gardens of Chatsworth. This location continues to be of high interest to many film production companies from all over the UK.

Englefield House is another popular UK filming locations. This residence served as Charles Xavier’s home in the movie X-Men: First Class. It also served as the house of Miss Haversham for the film version of Great Expectations. This stately mansion is ideal for movies which require a sophisticated, yet vintage home. The adaptability of this location is what makes it suitable for a wide range of different movie projects. What this does is it makes the residence a top priority for directors who seek that perfect setting for their movies.

These homes and others within the UK allow viewing audiences to get a taste of what these stately homes have to offer. Most people who live outside of the UK never get a chance to se what the interiors of these massive and historic homes even looks like! Although most movies which are filmed in these locations have little to do with the historical significance of the house, they still allow people from all over the world to enjoy their splendor. Their architecture and exquisite overall design allow them to become the stars of the show in some cases.

In addition to the stately houses which are increasingly used in UK films, natural locations are just as important. For example, some coastal regions of Wales attract the most notable directors in the world. The setting of these areas provides incredibly gorgeous scenes, most of which portray the waves crashing into natural rock formations. This type of scenery is perfect for movies which depict dramatic sequences. The Wales locations give the director a creative license to time filming so that the tide is just right for that perfect shot. Residents of the UK have always been aware of the incredible movie locations, and now the rest of world is taking part as well.