Why Does The UK Movie Industry Excel? 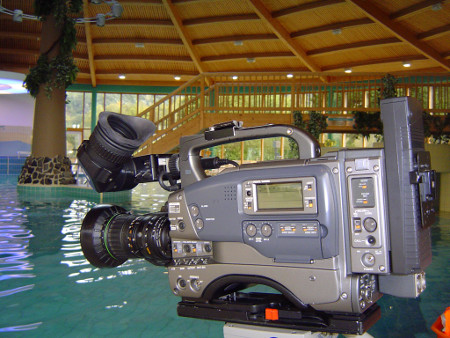 The UK movie industry continues to excel for a variety of reasons. In the past, locations in Britain, Wales or England were often reserved for mystery films or documentaries which were not intended for a mass viewing audience. over the years, however, UK locations have become quite popular for a variety of movies, including action and adventure. Additionally, some of the world’s greatest actors and actresses call the UK their home. The talent of the people who reside in the UK is undeniable when it comes to the entertainment industry, and this is due in part to the plethora of excellent film schools.

Just as New York is associated with great acting schools, regions within the UK retain the same notoriety. Consider the numerous actors who currently star in some of the most successful movies. These actors and actresses include: Keira Knightley, Kate Beckinsale, Audrey Hepburn, Helen Mirren, Daniel Day-Lewis, Jude law, Clive Owen, Christain Bale, Ben Kingsley and many more. These are the names of actors and actresses which are associated with some of the highest-grossing films of the modern era. Many of the best film schools in the UK played host to these talented people.

Some people believe that the UK movie industry excels because the region has a distinct love affair with art. Art clearly comes in many forms, and places such as London have incredible examples. Additionally, England is adorned with pristine castles and beautiful architecture. Movie studios often have to create a fictitious setting for movies which feature medieval aspects. However, locations throughout the UK allow for movies to take a realistic approach to filming, without having to spend money to create a scene from scratch.

Ideal settings are another reason why the UK movie industry continues to thrive. Depending upon where you travel, you can just as easily find yourself in a scenic mountain region, or a beautiful area in which water crashes against the rocks. The rolling hills of the countryside in Scotland have been used for a number of dramatic fighting sequences. Braveheart is one movie which capitalized ion the terrain to bring a dramatic and realistic effect to William Wallace’s struggles. The scenes in this movie reflected an incredibly artistic portrayal of the life of a warrior in this region of the world, and it captivated audiences all over the world.

A combination of factors ultimately helps the UK movie industry to excel when other areas fail. The historical significance of some places allows movies to sell themselves in some cases. Pristine landscapes combined with stately homes allows a variety of films to be created here. Many film adaptations of books are created in the UK as well, mainly because some of the most incredible writers are from the area. The next time you watch a movie which is set in the UK, take it upon yourself to investigate the significance of the filming location. You just might be surprised at what you’ll find out.